Home > Our Stories > A Fresh Start Through Housing 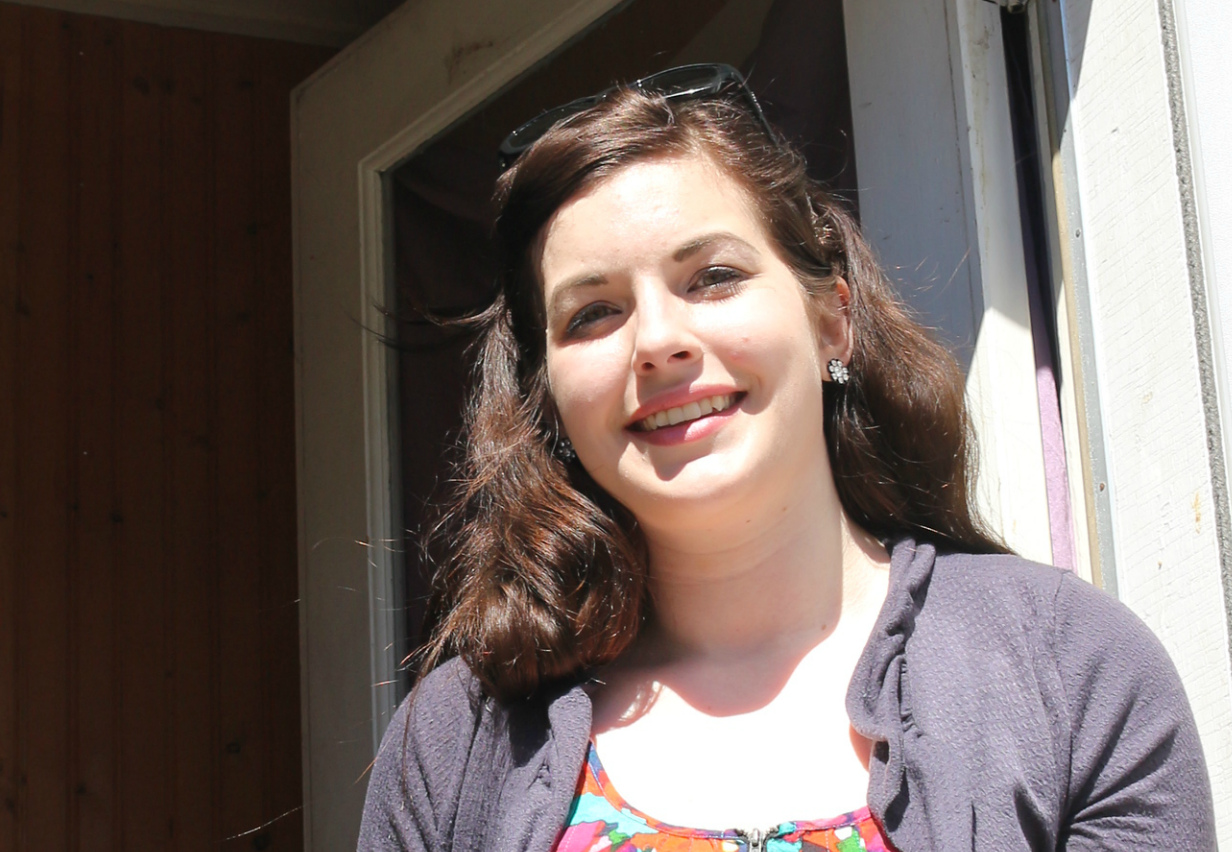 Desiree has been working with our Housing First Department of Corrections Program for over 6 months and is now full of hope for her future. Below, she reflects upon her life’s journey up until this point.

“I grew up in West Berlin, Vermont. I loved growing up here. It was nice to be able to go outside and run around. I was fortunate enough to grow up with a family who had a lot of land, a pool, even a trampoline. It was kind of hard though because when I was 7 I had to go live with my grandparents because my mom had a problem with addiction.

When I was fifteen, I dropped out of high school and I moved up to Burlington with my boyfriend and that’s when I got into heroin.  I found out I was pregnant when I was seventeen years old and was helped to get onto methadone. I had my son one month before my eighteenth birthday. After he was born I moved back home with my grandparents.

I continued to be sober for about a year and a half and then I started using cocaine and relapsed. My family got involved and ended up taking my son. My life at that point became very hard and there were points where I  really didn’t care if I lived or died. I felt like I had nothing left to live for. I started committing petty crimes to support my drug addiction and that went on for about a year. I ended up in jail because I had racked up so many charges.

Every time I would get out of jail I would try to live with family but it just wouldn’t work out very well because there were always drugs around. I started looking into what other options I had for housing. I enrolled in a program where they placed three women in a one bedroom apartment. We shared one bedroom among the three of us and that was just horrible. One of them was getting high all the time and the other was a big drinker, stuff was even stolen.

I ended up back in jail and then my caseworker told me about Pathways Vermont’s Housing First Department of Corrections Program. What I liked about it was that it focused on people with mental health challenges, they have a lot of support for their client’s mental health. I met with the Intake Coordinator, Amos and they found me an apartment soon after. They picked me up from jail and that’s when I met Sandra (Pathways Washington Service Coordinator) for the first time. She is amazing.

They brought me to my apartment and it was nice because I didn’t have anything and they set me up with a move-in package including a bed and simple things like a light, an alarm clock, a microwave, stuff like that that you need. My Service Coordinators are caring and supportive and they definitely stressed that I could bring anything to their attention.  They really made sure that I had a chance to be successful.

The Housing First Program is really great because they tailor their services to my needs. I receive case management services and I meet with their psychiatrist on a regular basis.  I actually have my own apartment so I don’t have to worry about the influence of others or my belongings being taken. I’m doing a lot better now after being involved with Pathways. When I have been in a crisis they have gone the extra mile to help me.

I’m excited that I can finally settle down and actually live a normal life; get a job and have a home to come back to. Without Pathways I don’t think that would be possible.”