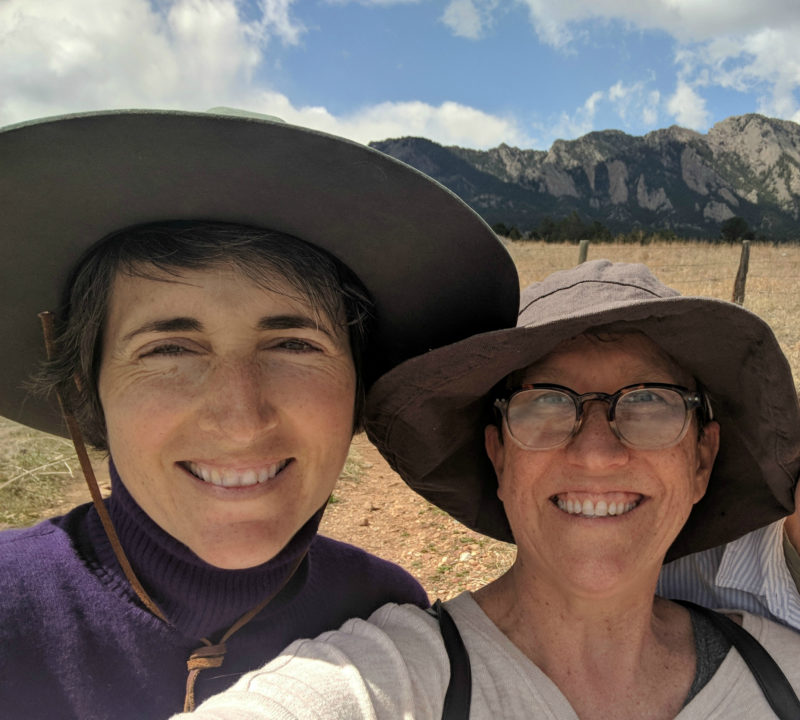 Earlier this month on my way to a Housing First conference in Denver, I spent the weekend before in Boulder where my brother Kraye and his wife Jane (pictured above on the left) live. Kraye and Jane had, after more than 10 years together, gotten married and I attended their joyous wedding this past December. At the dinner before the wedding I thought I saw Jane’s hand shaking when she lifted her fork to eat, but I just wrote it off to her being nervous. I also thought Jane’s wedding vows were oddly dark, with imagery and words about the afterlife, but I wrote that off too, this time to Jane’s creative, poetic tendencies.

In Boulder, I learned that Jane had not been nervous at dinner and was not being artsy in her vows: Jane had gotten an early onset diagnosis of Parkinson’s.

For any family that has received news of a life altering diagnosis, you will know it is like a quick punch to your stomach that knocks the wind out of you. That was my experience. By the time I got to Boulder to visit, Jane, however, had had many months to process and she was in an incredibly calm place. She was glowing and loving life. Jane had embraced what she called a “new chapter” in her life. A chapter where her brain and body worked differently. No longer the multi-tasker, she was making plans to retire from work and hiring a manager to handle Kraye’s growing business.

I was so full of admiration for Jane not holding on to who she was, but embracing her new self fully. It is not an easy thing to shift gears like that!

At the Housing First conference, I saw another such example of embracing change that was equally inspiring.

In one of his talks, Dr. Sam Tsemberis (the founder of the Housing First model), shared about a 10 years study that looked at how two similar countries dealt with the homeless crisis from 2008 until the present. Ireland and Finland are similar in that they both have populations of about 5 million people. And in 2008 both countries had about 600 shelter beds online.

Ireland embraced the idea that they were experiencing a homelessness emergency, and so had an emergency response attitude in policy and planning. They built more and more shelter beds and invested in transitional housing, instead of finding and  implementing a permanent solution.

Finland decided to not do what they had always been doing to address homelessness. They decided to take the long view and embrace the evidenced-based and highly successful Housing First approach. They built 6,000 units of housing, including converting shelters into permanent apartments.

Today Ireland has over 2,000 shelter beds and an ongoing, exploding homelessness problem.

Today Finland has 50 shelter beds and they say they have all but eliminated homelessness. Finland embraced a new version of itself: a country without homelessness.

Both Jane and Finland made amazing shifts in consciousness and courageously stepped into new ways of being and doing.

I will end with a quote about change from Alan Cohen, author and inspirational speaker: “It takes a lot of courage to release the familiar and seemingly secure, to embrace the new. But there is no real security in what is no longer meaningful. There is more security in the adventurous and exciting, for in movement there is life, and in change there is power.”