Home > Our Blog > I Pledge to be Part of the Change 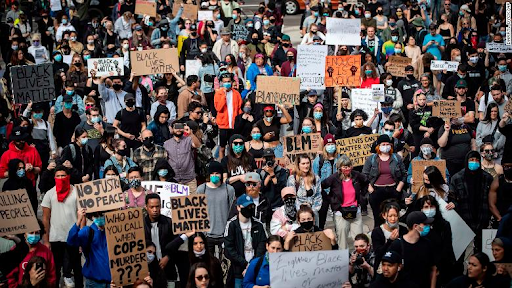 When I was in my late 20’s I had my first flashback. For those of you who don’t know, a flashback is when a traumatic memory surfaces suddenly and you experience it in the present as if it is actually happening. A flashback can include all or any of the senses, sight, sounds, taste, smells, bodily sensations, as well as feelings. Since the memory is traumatic, the revisitation is not pleasant.

My flashback was about a sexual assault perpetrated when I was a small child.

The experience of a flashback is excruciating in itself, but the slow awakening that happens as you start to process your life with this new revelation is seismic in scope and can span decades.

My initial response to the flashback was disbelief, fear, and confusion. I thought I was experiencing a mental breakdown. Or perhaps that I was deeply flawed and was making it up for some inexplicable reason. The world around me supported both these hypotheses.

My mother swore on her life that nothing happened to me. Other family members refused to discuss it. Not being believed, questioning myself– this was perhaps more damaging than the actual abuse.

I wonder still what would it have been like if my memories were met with acknowledgment of their veracity and if people were held accountable for their actions.

Until recently, I thought that this shattering moment of a flashback and having to rebuild a life was relegated to trauma survivors recovering memories later in life. But then I encountered someone in her 60’s who just discovered that she was adopted. I saw myself in her as she processed the news; the seismic metamorphosis she was experiencing; how painful it was to re-live a life with new information. To feel the betrayal of the lie. To question every thought and memory.

If this is true, everything before is a lie.

This disconnect between living a story that others created and reality, is how I am beginning to look at racism in the United States.

Let me ask you this– what were you taught in grade school about the history of our country? Christopher Columbus “discovering” America? The righteous revolutionaries overthrowing the British? The signing of the Declaration of independence?

If you are white and that is what you remember first, you are going to have to have a seismic sized metamorphosis if we are ever going to be able to end racism in our country.

A country that has absorbed the truth about its past racial transgressions would have grade school textbooks that would reflect that history. Those books would tell our children that the United States of America was founded on the belief in white supremacy. That we actively pursued the genocide of the native people and we embraced slavery for 246 years. That our current laws, our societal norms, our very culture are built on the values of white supremacy. Our history is soaked in blood and atrocities perpetrated by white people asserting our power to protect that belief and to profit financially from it.

George Floyd, Breonna Taylor, Ahmaud Arbery and so many others were murdered because racism is entrenched still in our country. The legacy of white supremacy continues to financially benefit white people; one has only to search Forbes list of the topmost powerful people in the United States and count the white faces. Today among many other inequalities, African Americans are disproportionately incarcerated, experience homelessness, and now are dying from COVID-19.

My mother did not believe she was a parent under whose roof child abuse occurred. If she had considered it even a possibility, her identity as she had known it would have shattered and she would have to examine her role in the abuse. Instead, she aggressively held on to her narrative until the day she died of a rare form of cancer that attacks your ability to see: ocular melanoma.

As a 58-year-old white American, I have been indoctrinated in the false history of America. Today I know I live in a country whose policies and practices are built on a foundation of the belief in white supremacy, and being white, I have benefitted. I believe all of us white people have to open our eyes, embrace the truth, and hold ourselves accountable. But more importantly, we have to act.

There are many resources about how to take action today. I found this article helpful.

You can also donate to the National Museum of African American History & Culture.

Or you can donate to the Equal Justice Initiative’s (The National Memorial for Peace and Justice and The Legacy Museum are part of their work) to combat racial injustice.