Home > Our Stories > Jeff in Brattleboro 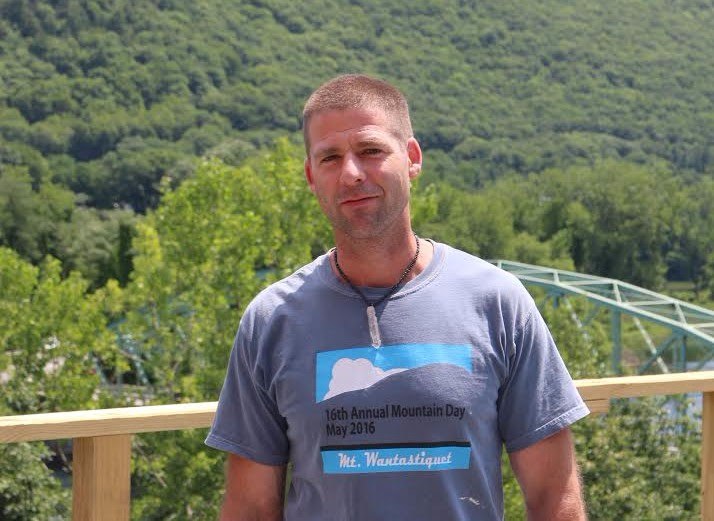 “When I first crossed paths with Pathways it was July of 2012 and I had checked into the Brattleboro Retreat and struggled with substance abuse and mental health issues (depression and anxiety) for a long time. I pretty much had hit another bottom. I checked in there and stayed for six weeks and from there I had no place to go … literally within hours of checking out a bed became available at the recovery program in New Hampshire … so that’s where I went. It served its purpose; it was very powerful and I stayed for three months but then it started to have a negative impact on me and my recovery … I had nowhere to go … I managed to get a ride to Keene, New Hampshire… I didn’t have any money, the bare minimum, but I had everything I needed.
From Keene I just started walking and the only sort of plan I had was to make it to Brattleboro. It was November and the temperature was 20 degrees, which isn’t brutally cold, but cold enough. I made it to the AA meeting [in Brattleboro] and I had too much pride to ask anyone if I could sleep on their couch. The shelter here in town wasn’t open yet. So…I decided to keep walking; I don’t know if I had destination but I just kept walking …

[When I got to Bellows Falls] I found the Catholic Church and the Father answered and I told him my situation and he gave me $20 and information about the drop-in center in Bellows Falls. I stayed in the shelter for 90 days and it was a powerful experience because it was a wet shelter … so I got to see first hand what I had to look forward to if I [didn’t stay sober]. I got involved with the community, I got involved the bike shop, I helped out at the drop-in shelter in Bellows Falls, the Community Center in Springfield … through a series of events and people mentioning my name I had an interview with one of the Pathways employees and it seemed like days – maybe a week, tops – and all of a sudden I was signing a lease at an apartment on Greene Street. I was like, ‘Wow I was meant to touch down in Bellows Falls.”
The community cradled me and Pathways as a whole and individually believed in me. I was strong and stuff, but I didn’t really believe I deserved anything, that I certainly didn’t deserve an apartment. And there it was. I had a wonderful apartment and I just wanted to get it right this time …
After two years in Bellows Falls I was feeling a little stuck [not being able to find a good-paying job], and I realized I needed to be where there was more opportunity. So I presented the idea to Pathways and everyone was on board … I finally got [to Brattleboro] … and without Pathways I would have never landed an apartment here.

“I moved here in September and my primary objective to moving to Brattleboro was to move forward in my life. To put more on my plate, add some more responsibility and be self-supporting eventually … as I was moving in the woman noticed I had an eye for detail and asked me if I wanted to come in for an interview. Two weeks later I was working for my landlord.”