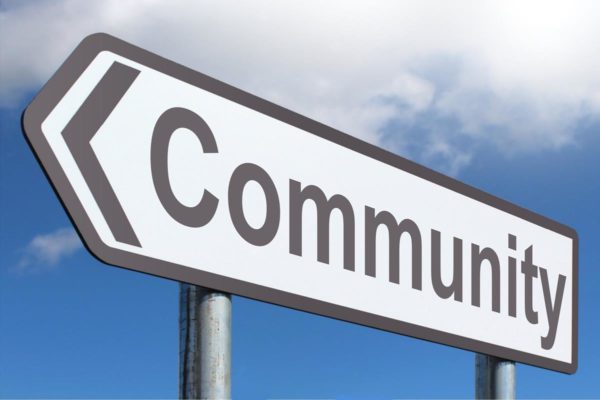 Originally published in the VTDigger on 2/16/20.

I still can’t imagine what the supervisor at the home for adults with disabilities was thinking when he hired me to be a residential aide. It was 1977 and I was a 15-year-old girl with stringy blonde hair and braces who blushed if anyone looked directly at me.

When I arrived for my job interview, I was asked to wait in the dayroom where residents were seated. I sat down next to a woman who must have been a hundred years old. She had the whitest hair I had ever seen and Hershey’s chocolate dark brown eyes. I nervously introduced myself. She did not speak but occasionally would look me directly in the eye and nod, or slightly raise her hand. I remember wanting to know her story, how she ended up there, where she grew up, what she liked when she was a little girl.

The supervisor told me later that he didn’t normally hire teenagers, but he was won over when he saw me in the dayroom before the interview. He said he was impressed with how I interacted with the residents as if they were people. It took me many years to fully comprehend all the heart-breaking implications of his comment.

My job there consisted of helping residents get up, bathe, get dressed and walk or wheel them to the cafeteria. Almost every resident had the same blunted affect that comes from being medicated to the point of limiting all behaviors, good and challenging.

That was my last job in an institutional setting. I found the atmosphere intolerable. Later I learned how routinely we segregate and imprison people who have mental health, physical and developmental challenges. How, in the name of “treatment”, we have perpetrated heinous acts including lobotomies, solitary confinement, ice baths, electric shocks, and forced sterilization. More insidiously, a person’s human right to decide the kind of life they want for themselves has summarily been excised. What to eat, who to date, where and how to live.

Often in the United States, it has taken legal cases to dramatically shift the course of human rights violations. For instance in 1954, Brown vs. the Board of Education ended “separate but equal” and segregation in schools. 45 years later there was a decision in the Supreme Court that would impact people with disabilities’ rights to not be held in institutional settings.

In 1995 in Georgia, two women, Lois Curtis and Elaine Wilson were living in the state hospital. Both women had been diagnosed with mental health conditions and developmental disabilities. Both women wanted to live in the community. The Atlanta Legal Aid Society filed a suit. On June 22, 1999, the Supreme Court ruled, in what was to become known as the “Olmstead Decision,”  that states were required to provide services to people with disabilities in community settings rather than institutions.

This is what they call a “landmark decision” because it established a significant new legal principle concerning individual rights and liberties. It set a precedent whereby others point to in order to gain the same freedoms. Some say it is the single most important piece of law in support of civil rights for people with disabilities.

Today, in Vermont, providing people with disabilities services in the community has universal buy-in. Institutions are bad and expensive; community integration is good and less expensive.  And yet people with disabilities are disproportionately represented in high numbers in correctional institutions, in hospitals and on the streets and in our homeless shelters. Why is that?

I run an agency that provides permanent supportive housing in the community. When I go to the Agency of Human Services or to the legislature and ask for resources so that we can get more people out of institutions, and more people off the streets, I am told time and time again that there is no funding available. People in positions of power nod at the data and agree that yes, it is less expensive to serve folks in the community, and yes, it is the humane thing to do. Then they shrug and say there is no money.

So two decades after the Olmstead Decision I find myself wondering where and when we will have the next landmark case. The case that will argue that a person with disabilities is being discriminated against when community supports, including accessible housing, are not made available by our government. The case that ends incarceration, and homelessness for people with disabilities.

And in the meantime, in the spirit of Olmstead and my belief to treat everyone single person I meet, no matter their circumstance, as if they were people, I will continue to speak out to decry discrimination against people with disabilities and continue to educate, testify, rally, protest, and plead in support of more funding for permanent supported housing options in the community. If you are not already, I would be glad for you to join me.