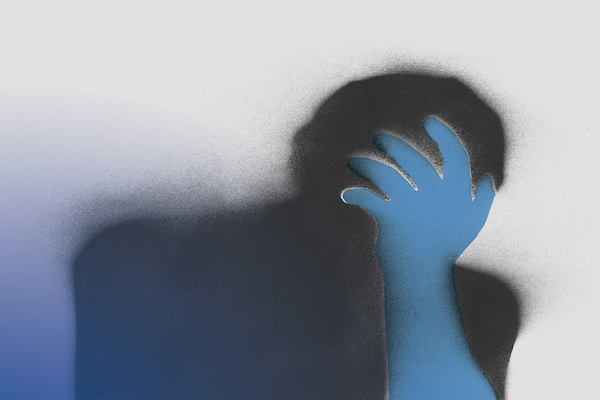 When you look back at your life, do you have regrets?  The kind of regret that is profound and lingering because your actions negatively affected another person?

I will tell you about one of mine.

Some of you have heard me talk about a young man I knew named Alex, during those times we used to get together and share stories. Oh, those pre-pandemic days. I have spoken about my relationship with Alex as an example of a broken mental health system. Today I want to tell you about Alex through my lens of regret.

It was the mid-1980s and I was newly back in the states after spending four years in the Peace Corps in West Africa. I was trying to understand the world and understand myself. I had recently discovered Adult Children of Alcoholics (ACOA) meetings and was astounded and grateful to find that some of my thoughts and feelings were not unique to me. I would laugh out loud in recognition when people were sharing their stories. And I got my first glimpses of how profound the trauma of my childhood impacted me.

My north star has always been wanting to help people who were struggling. Poverty, hunger, and homelessness were particularly intolerable to me. I threw myself into shelter work and street outreach to try to make a difference.

It was extremely gratifying to hand a person who is cold a blanket or give a sandwich and a warm cup of soup to another who is hungry. But then days turned to weeks and months into years, and nothing changed. People were still cold, still hungry, and even dying on the streets.

When I first saw Alex he intrigued me. He was a shadow figure always on the move, always running away. He was tall, thin, and had greasy long blond hair that hung over his face. His tan trench coat flapped in the wind as he fled. I remember his sockless ankles poking up over too big black army boots. And he was young. Maybe even my age.

Whenever I spotted Alex darting away, we left food and blankets on stoops, or street corners, hoping he would come out of hiding after I was gone. Often the next night, I sadly found the supplies untouched. I couldn’t stop thinking about him. Who was he, why was he running, what was he so afraid of?

One night I decided to run after him. Not directly behind him. But parallel to him, on the sidewalk across the street from the one he was running on. As I ran, I shouted out about the weather, told him what music I had been listening to, and what I ate for dinner that night. Maybe that first time I imagined it. Did he slow his pace just a little? Did his head tilt slightly in my direction?

I don’t know how many nights I ran with him. I do know sometimes I could get closer. That he let me get closer. And then one night I was standing next to him. He told me his name, and gradually, he let me into his world.

Alex was smart, kind, and thoughtful, and would on the rarest of occasions, smile (a smile that would melt your heart). Mostly though he was fighting off something very dark and very scary. He had removed many of his own teeth and he had a complicated series of wires in his mouth and pieces of metal stuck in his gums. Working on his teeth was extremely important to him and connected somehow to his being able to survive.

I believed everything Alex told me and felt his pain with my whole heart. I desperately wanted to help him. I reached out to the medical community and they said Alex needed to be in the hospital, that he needed to be committed. So I showed them where to find him, what street, which doorway.

When I went to visit Alex on the psych ward. He refused to see me. They told me he was rejecting medication. They told me they were forcing him to take it.

And all along I kept thinking, kept hoping that they could help him. They were a hospital. There were doctors there who knew what to do. Maybe it would just take some time and he would be ok, and he would get better.

Several months went by, and then I saw him. It was past midnight and it was just starting to snow. He was wearing that same flapping tan coat that he had when he went into the hospital. His hair was greasy and his bare ankles were jutting out of too big leather shoes. I lifted my hand to wave, but he looked right through me.

I never saw Alex again, nor do I know what became of him. I have regretted betraying our friendship and his trust. I regretted severing our connection with my actions.

Regret hurts. Brene Brown says regret can also be a good thing. She says, “To live without regret is to believe you have nothing to learn, no amends to make, and no opportunity to be braver with your life.”

Not long after Alex disappeared, I moved to New York City and met Dr. Sam Tsemberis who was working on an outreach team. He had similar experiences like mine where people would be struggling on the streets, committed to the hospital, and shortly after they were back out on the streets again. A revolving door with no end.

Sam was able to get some funding to start the first Housing First project and I became its program director. We were able to take people, many of them just like Alex, straight from the streets and move them into apartments. The outcomes were astronomically better than the traditional system of care.

Today in Vermont we not only have a Housing First program but have branched out to include mental health alternative programs for people that are based on mutual respect and support, including a 24/7 peer support line, a peer-run community center, and a residence for people experiencing mental health crisis that is a homelike setting and staffed by people with lived experiences of similar mental health challenges.

Do I still feel the ache of my experience with Alex? Yes, I do. But I also use it to propel me. There is still much work to do to end homelessness. And much work to do to provide mental health options that meet everyone’s needs. What do you regret? Is there an opportunity there? Hold it, feel the pain of it. Let that energy guide you. If you do, it can inspire meaningful and lasting change.