Home > Our Blog > What’s the Right Effort to End Homelessness? 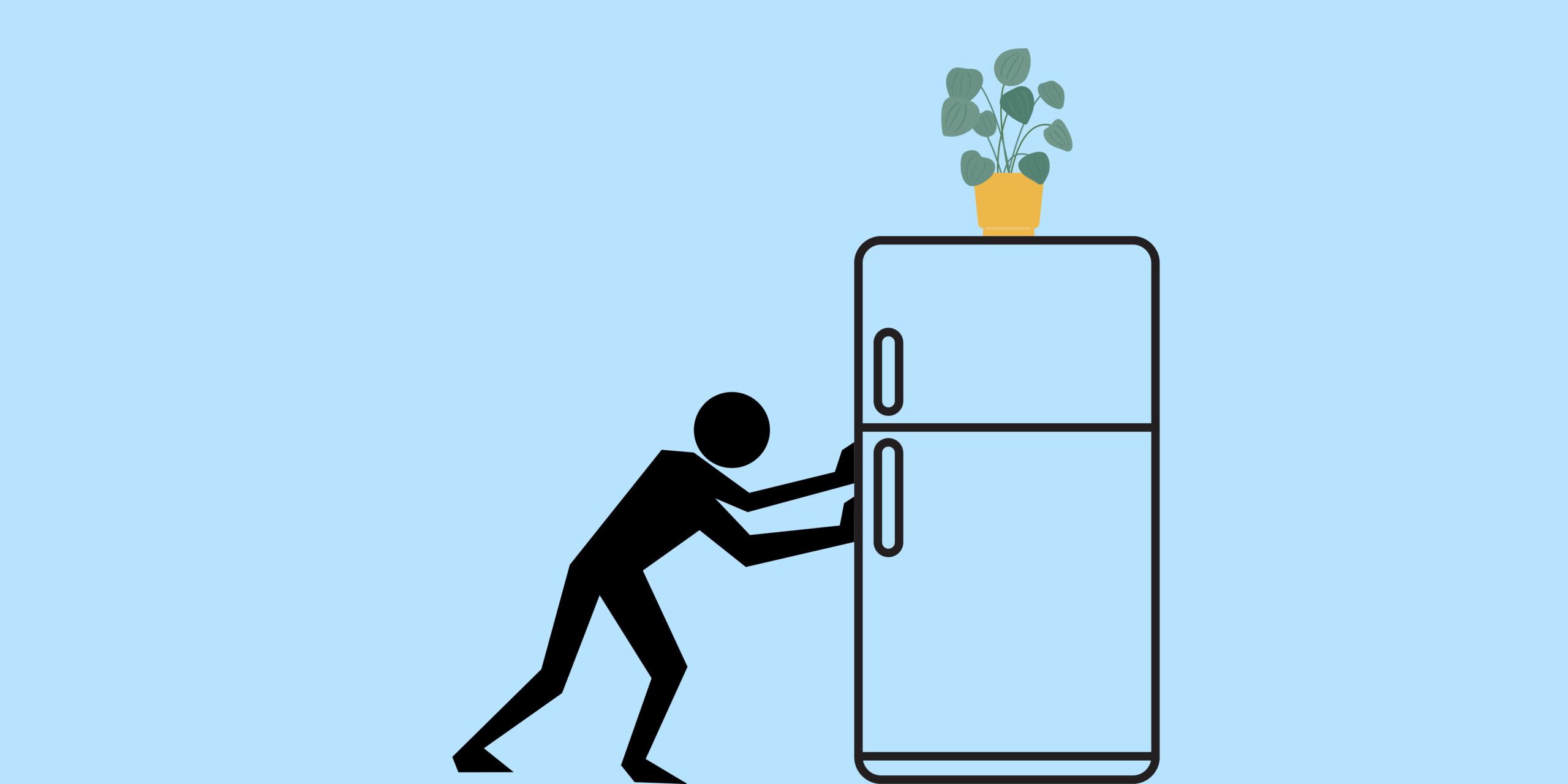 A shortened version of a keynote speech by Hilary Melton at the Vermont Coalition to End Homelessness Summer Summit, July 2022

My friend Rita Markley is retiring this fall. Rita has been working to end homelessness in Vermont for 30 years in her role as Executive Director of the Committee on Temporary Shelter (COTS).

When I started Pathways Vermont in 2009, Rita was one of the most welcoming and supportive people I encountered. She was part cheerleader and part mentor and turned out to be someone I call a friend.

To say the work of ending homelessness is challenging is an understatement, and Rita helped me keep perspective. She and I would go out to lunch and talk – talk about work, sure, but also talk about family, travel, and movies, and…books. Most of all books. Rita and I share a passion for reading.

She told me that one of her favorite books is by David Benioff. David Benioff is one of the creators behind the show Game of Thrones. But before Game of Thrones, he wrote a jewel of a novel called City of Thieves. It is a story of a young man who is tasked with finding a dozen eggs during the battle of Leningrad in WW2. His life is at stake and the country is suffering from extreme cold and starvation. It is an impossible task. Impossible. It is a story of guile and grit and survival. I understood immediately why it was one of Rita’s favorites.

Finding a dozen eggs in a famine-ridden city under attack by Nazis. That reminds me a little of trying to end homelessness. Sometimes it feels like an impossible task.

I began doing street outreach and shelter work in the late 80s. And when I started doing Housing First work in the 90s, I truly believed we had found the solution to ending homelessness.

Housing First had us stop blaming people for their experiences of homelessness, and focused on the cure – housing. Housing ends homelessness, it is really that simple.

The original Housing First projects targeted people with mental health challenges that the system had failed. People who were labeled “chronically homeless.” Housing First “treatment teams” were based on the theories and practices of Psychiatric Rehabilitation and also ACT – Assertive Community Treatment – which is an intensive and highly integrated approach to community mental health service delivery.

So if housing is the cure, if Housing First is so effective, why do we still have homelessness?

For several reasons. One – I do not think as a country, or a world, that we have embraced that housing is a basic human right.

Two – we are not applying the right amount of effort to the problem.

And three – we are in a housing crisis. There is simply not enough housing to meet the needs.

According to the National Low Income Housing Coalition, the United States needs 6.8 million more affordable housing units for extremely low-income renters. And that is just one subset of the population in need.

One of the upsides of the pandemic is that we have been able to put a good deal of money into creating more affordable housing. We are doing all the things we have been doing for the last several decades, but supercharged. The Biden administration I believe is heading the ship in the right direction as far as substantial investments in affordable housing and services. Is it enough? Will it turn the tide on the housing crisis? I do not believe it will.

I want to talk a little about energy, about right effort, and how that impacts change.

Think about an empty cardboard box from Amazon. It is on a table in front of you and you want to move it to the other side of the table. Now an empty Amazon box, even a really big empty Amazon box, doesn’t weigh that much and isn’t difficult to move. You could probably – with very little effort – push the box across the table. Now think about a refrigerator. A refrigerator that doesn’t have any wheels, and you want to move the refrigerator across the room. That would take much more effort on your part. You could do it, but you’d have to put your back into it and push.

You wouldn’t use your big refrigerator push on the empty Amazon box, and your Amazon box push wouldn’t impact a refrigerator. Right effort is needed.

Do you remember before the pandemic, in 2019, when a 16-year-old girl took the climate change world by storm? How she refused to fly to speak at the UN because of aviation’s contribution to greenhouse gas emissions? And how she spent 15 days on a sailboat to come to America to speak? Greta Thunberg.

When I listened to Greta Thunberg, she opened my eyes. I realized I had been treating climate change like it is an empty Amazon box, when in fact it is a refrigerator. Reusable shopping bags, getting rid of straws – those are good, but they are empty Amazon box moves. Easy, little effort moves.

Homelessness and the lack of affordable housing is a refrigerator, and we are treating it like an empty Amazon box.

All of us all over the world are treating homelessness and the crisis of housing like an empty Amazon box.

All of us that is, except Finland. Finland has been making refrigerator moves and has all but eradicated homelessness. They have a sustained, well-resourced national strategy, driven by the Housing First approach, which provides people experiencing homelessness with immediate, independent, permanent housing. They have divested from temporary or transitional housing and they have converted their shelters into apartments.

Are we going to emulate Finland? That seems improbable, doesn’t it? Are we always going to have homelessness?

I want to tell you a short story about my best friend in high school.

First, I want to tell you a little about me. I spent my early childhood years overseas. In places like Vietnam, Laos, and Indonesia. My father was a diplomat and my mother was a writer and an artist. And while that may sound romantic from the outside, inside my parents struggled with depression and substance use, and ours was a violent home.

When I turned 14, my parents got a very messy divorce. My mother moved back to the states with us kids. You know, I could handle Saigon and Hong Kong – but high school in the 70s in Helena, Montana, now that was something. Almost as soon as we were stateside, my father disappeared from our lives. My mother began drinking heavily and became actively suicidal. We had no income and moved into a subsidized housing complex where everyone had no money and everyone had serious problems.

Living there, giving out that address, was a cloak of shame I wore. Every day. I felt utterly alone and going to school was almost as painful as being at home.

When I met Michael, I don’t know how to describe it – I guess I stopped feeling alone. Michael was the only one in the entire state who seemed interested in me and where I had come from. I think I represented some kind of hope for Michael about getting out of Montana. And that’s what Michael wanted more than anything – to get out of small-town Montana.

Michael’s family situation was as challenging as my own. Michael’s dad would regularly call Michael a piece of shit. And to make sure Michael knew it, he would force Michael’s head into the toilet and flush.

Michael and I were inseparable. When I turned 17, we took the Greyhound bus cross-country for 3 days to NYC. We went to Macy’s and we saw A Chorus Line on Broadway. I got to stand next to Michael the first time he saw an ocean.

Michael did end up getting out of Helena for good. He went to Georgetown University and then moved to Boston. And for a few short, but amazing years Michael got to live openly as a gay man. Then the AIDS epidemic exploded. Back then there were few drugs or treatments and people died horribly.

I wish more than anything that Michael was alive today. He would never have believed all of the changes that have happened in the last 30 years. He would never in a million years believe that gay marriage would be legalized. Gay marriage legal and celebrated. That would totally blow his mind. And the piece of legislation that legalized gay marriage? It was signed by a Black president.

An unbelievable amount of change can happen in 30 years.

Change is possible. Ending homelessness is absolutely possible. And we need to be using our refrigerator moves. As individuals, as communities, and nationally.

At one of our lunches, Rita and I were talking about how to end homelessness in Vermont. We concluded that we need more housing stock. We hatched a plan that would look like 2,000 Vermonters who owned homes, adding accessory dwelling units to their houses, or putting tiny houses in their backyards. We figured that 2,000 Vermonters could make a significant dent in the available housing stock.

Well this year a friend of mine and I, despite the horrible housing market, managed to buy a house together. We split the house in two and created a rental unit. When the Section 8 inspector showed up, he was amazed. He said he never comes to this part of town for Section 8s. Usually, he inspects apartments in poorer, rundown neighborhoods.

My housemate and I are renovating the basement so someone else can live there too. And we are plotting how to put a tiny house in the backyard.

I want to live in a Vermont, in a country, in a world where no one is experiencing homelessness.

In 2017, COTS finished construction on a new site for their day station, offices, and 14 new apartments. The first time I visited Rita at the new building, she showed me around. Every aspect of the place was created with thoughtfulness and an eye for functionality and design. It is a real work of love and passion. I remember asking Rita when homelessness ends, what do you imagine this beautiful building will be used for? And she answered me instantaneously as if she had already thought about it. And her answer surprised me.

She said – when homelessness ends – I want the building to become a community dance center. And every room and every hallway would be filled with laughter and music and children dancing.