Home > Our Blog > Popcorn and Skittles 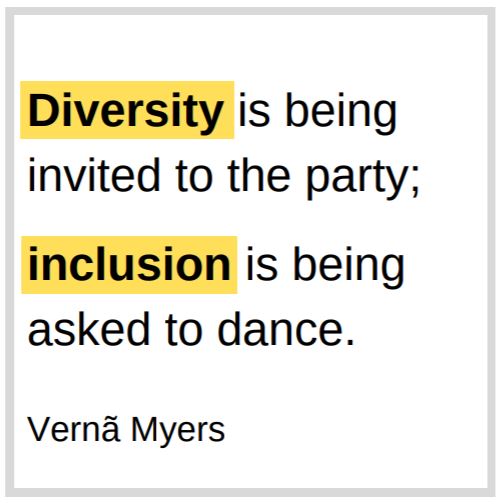 When my son was five years old, he received an autism diagnosis. Mostly he seemed like a happy kid, but he had behaviors that were challenging, unusual interests, and he did not talk. Luckily there was public school for him and the people there seemed friendly and helpful.

One day my son came home from school with a colorful t-shirt and a note that said it was the t-shirt all the kids were going to wear at the upcoming school play. I thought how sweet, and I was excited to attend his very first school performance.

A few weeks later, I was cooking dinner when the phone rang. I recognized the worried voice on the line as one of my son’s teachers. She was talking about the school play. My immediate thought was that I had done something wrong, that I had missed some notice about where and when to bring my son for rehearsals. But I couldn’t remember getting any information. She was talking fast– in a problem-solving tone. She wanted to know if it was ok to send someone over to my house to pick up my son’s school t-shirt. I was confused. She explained that it was the night of the school play and one of the children had forgotten their t-shirt and they thought they could use my son’s– since, well, he couldn’t be in the play because of, you know, his autism.

I was speechless. It was as if someone had kicked me in the gut, and I couldn’t breathe.

That was my first experience of bias and discrimination against my son and his differences. He was just six years old.

Fast forward to middle school. I had become a stronger advocate and had learned a thing or two. One day at a conference, I heard a special educator named Lesha Gates speaking. I liked what she was saying. She was speaking the language of inclusion. I found out where she worked, and I packed up our things and moved there. Richmond, Vermont. Camel’s Hump Middle School. It may seem crazy, but when you are beaten down by bias and discrimination, you look for the light, and you follow it.

Lesha, my son’s new teacher, wanted to try something new for him. She wanted to start what she called a “Circle of Friends.” She decided she would recruit six middle school boys to be in my son’s circle. I was apprehensive, thinking how hard it would be for my son to learn how to be with them. Lesha told me that in a Circle of Friends, the person with the differences does not have to learn new skills, it is everyone else that has to do the learning.

The first day of the Circle of Friends group, six boys from my son’s 5th grade class went to meet with Lesha. They walked into her classroom and saw a table with chairs around it. In the middle of table they saw a big pile of Skittles and a big pile of popcorn. Lesha motioned to the boys to take a seat and waited for them to settle down. She then directed them to each take some of the popcorn and make a circle with the popped kernels. Each kernel of popcorn would represent the different people in their lives: family, family friends, and neighbors, but not school friends. When they were done, she instructed them to take more popcorn and make another circle on the outside of the family one. In this outer circle, each kernel would represent people in their lives that are paid to be there. Like the dentist, the doctor, a teacher.

Each boy now had two circles of popcorn in front of him. Lesha said, “Now take some Skittles and just inside your popcorn family circle, make another circle with the Skittles. In this one, each Skittle is a friend– not a good friend, more like an acquaintance. Someone in your class you like, but may not know very well. Someone you say ‘Hi’ to in the hall.”

When the boys were done with this Skittle circle, Lesha instructed them to get more Skittles to make the last circle in the very middle of their circles. She said, “In this one, each Skittle represents a best buddy. Someone you might call at home, see on weekends, maybe have “sleep over.”

The boys finished and looked around at their bulls-eye artwork covering the table. Lesha then told the boys that she was going to do the circles for my son, since he couldn’t do it himself. She took some popcorn and as she made his family circle, she told the boys, “This is his mom, his aunt and uncle, and his two cousins.” Then Lesha took more popcorn and made the second circle on the outside of my son’s family. This circle was the biggest one on the whole table. my son had lots of people that were paid to be in his life. He had all the one’s the other boys had, like the doctor and the dentist, plus he had speech therapists, occupational therapists, social workers, special teachers, and personal care attendants. It was a very big circle.

Then Lesha put her hands in her lap and waited. One of the boys asked, “What about his Skittles?” And the teacher said, “Well you see, he doesn’t have any Skittles.” One boy spoke up, “Because he doesn’t talk?” Another boy jumped in, “Or because he screams sometimes?” And another boy asked, “Or because he lies down on the floor in the hall?” Lesha said, “Yes, I suppose all those things are part of it. When someone is different than you, it can be hard to figure out how to be his friend, right?” The boys nodded and Lesha continued, “And it’s hard for him too, because he doesn’t know how to be friends either.” Lesha then explained that she had asked the boys to meet so that she could ask them if they would be interested in forming a group to meet every week to learn how to be friends with my son.

The boys were quiet. They looked at their hands, or their shoes, or their circles of popcorn and Skittles. After a minute, one boy looked at the teacher and then reached over and picked up one of his Skittles from his middle circle and said, “Can we start now? Can I give him one of my Skittles?” Then another boy spoke up, “Can I give him one of my Skittles too?” And another boy said, “Me too!” until there were six Skittles in my son’s circle.

We can say we value diversity, that we believe in including all kinds of people into classrooms, boardrooms, places of work, neighborhoods, places where we socialize, and parks where we play. But diversity and inclusion don’t happen because we just say we value them. And they don’t happen when the excluded minority ask politely to be included. Diversity and inclusion happen when we, the people who are the privileged majority, make the effort to notice who is not in the room. When we, the privileged majority, take the time to explore how we need to change, to learn, to grow, so that others can join us.

Look around you, who isn’t in the room? What child isn’t included in your school’s play? Invite them in and share your Skittles.