Home > Our Blog > Turning Up the Volume on Your Curiosity 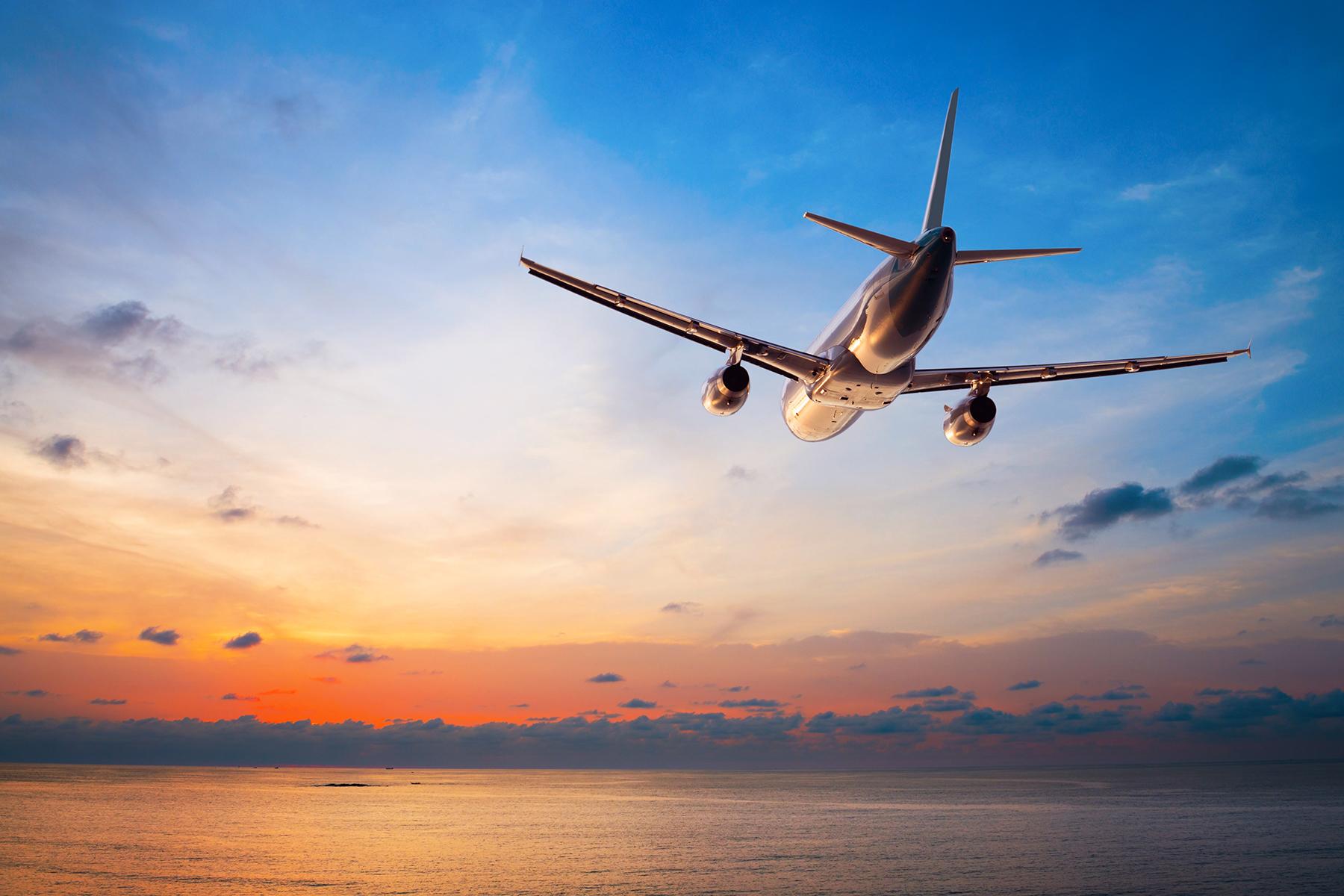 In July, I went with three of our Housing First Program tenants to our nation’s capital to meet with Housing First tenants from Philadelphia and Washington, DC. But this story is not about that amazing trip; it is about my airplane ride home to Burlington.

I am afraid of flying. This hasn’t always been true. My family traveled extensively when I was growing up; incredibly long flights to places like South Korea and Indonesia. Planes rides were tiresome, but I don’t remember being afraid. What changed? 9/11 happened. I was in New York City, in the Lower East Side, and watched, in horror, as those events unfolded.

I have done a bit of work on my fear of flying, including EMDR therapy. I also carry an anti-anxiety medication I can take the day of travel. But what I have found to be most helpful is to have an engrossing book into which I can escape as the airplane takes off and flies.

So in July, as I am heading back to Burlington from DC, I find my seat by the window and have my book on my lap ready to go. There is an empty seat beside me. Ideally, of course, an empty seat is the gold standard. But if the plane is full, I hope someone quiet and unobtrusive sits next to me. I want, no I need to read my book.

There is a line of people in the aisle, and the doorway to the plane is jammed with passengers. The flight will definitely be full. Looking down the row of people approaching my empty seat, I pass judgment on them as potential seatmates, one by one — the young mother with a fussy baby; the youth with headphones on but the music still so loud I can hear guitar solos blaring. Thankfully, the seat next to me remains empty. More people pass.

Then I see him. He is about ten people down the aisle from me. He is a large man. Both tall, maybe 6’5″ and also quite broad. Very solid. He is elderly, white thinning hair and is wearing big black wrap around sunglasses, like the kind you’d get if you just had eye surgery.

I open my book and pretend to read. I start to admonish myself for my prior judgments about potential seatmates. That fussy baby could have been ok; they might have fallen right to sleep. And I probably wouldn’t even have been able to hear the youth’s loud music, when the airplane engine noise kicked in.

My soon-to-be seatmate is struggling to put his carry-on in the bin above me. Up close, he looks ancient. I don’t know if I have ever seen a really big older person like this before. He sits down next to me with a sigh, his leg near me leans almost halfway into my space. I shift myself closer to the window.

My mother was a big person. I know how hard the world is for people of different sizes. On either end of the size spectrum really. Economy airplane seats are not friendly to size differences. Much like the world at large, I suppose. But having less space is not my issue; my need in this situation is to read. Get into that world of fiction and assuage my fears.

You might think if someone tries to talk to you, ignore them, or tell them you want to read. And that’s fair. But I have great respect for older people. Probably my respect is bordering on pathological. I guess it was the way I was raised. When they speak, I stop what I am doing and listen. It is as close to instinctual as anything I know. Like the test in the doctor’s office when they tap your knee, and your leg kicks up.

My seatmate starts talking before the airplane door closes. Right off the bat, I find out he’s a retired businessman in the field of construction, in his late 80’s going to visit an old friend in Vermont. Divorced once, married again. Five children in his first marriage, all grown, colleges, grandkids.

I have a confession to make here. About me. About my biases. About my prejudice. I have been a feminist from an early age. In my childhood home, boys got to go fishing with my grandfather and not girls. My brother took the garbage out once a week, and I did dishes every night — dishes for a family of six. I saw the inequity, based solely on gender and seethed. I have been seething, to various degrees, ever since. I look at people in power in our country and see that they are still predominantly men, predominantly older rich white men. Pay inequality. Domestic violence. Sexual abuse. Men making decisions about women’s bodies. The list feels endless.

So despite my belief that all prejudice is wrong, “older white male” invokes prejudice in me.

The plane starts to taxi. Then stops on the runway. The pilot says over the loudspeaker “delays.” I glance down at my book. My seatmate hasn’t stopped talking. My instinct takes over; he is in his 80’s for god sake! I decide to go into the conversation. Go deep. Try to find something interesting. I turn towards him and turn up the volume on my curiosity.

We didn’t exchange names, so I can’t even tell you what he is called. But what I can tell you is that our conversation was one of the most intriguing conversations I have ever had.

I’m going to give him a name– let’s say Bill– and share with you just a slice of what we discussed. Bill and his first wife, way back in the ’50s, adopted five children. The first four were all from the same family. Bill and his wife believed in keeping families together. It isn’t until well into this part of his story that I figure out that Bill’s adopted kids are African American. I asked him about this, was it hard? Especially 60 years ago? Bill said yes, it wasn’t easy. They faced many challenges, and many people, both white and black, had negative opinions.

One day, a social worker called Bill and said there was a child at a school for the deaf, that the social worker believed was the fifth sibling of the family. Bill and his wife (without questioning whether they should or not), started the process of trying to adopt the little boy, which they eventually did.

“Wait. What? You can use sign language?” I ask. Which somehow to me was so incongruous with the man sitting next to me. “Yes, we all took lessons,” Bill responds, “A couple of days a week for years.”

Bills eyes light up when he speaks about his youngest son, who now works as a manager in Bill’s company. He says his son is the best safety manager in the business, and his attention to detail is matched by no one.

From the things Bill shares, it is apparent that Bill is wealthy. His kids went to expensive schools, and there were trips to Hawaii and ski vacations. Each child also got to pick a trip they wanted to take when they were in their late teens with one of the parents. One went to Venice with the mom, another to Hawaii with Bill.

Bill also shares some tragedies. One of his daughters had been born addicted to drugs. When she grew up, she joined the military. Eventually, she ended up taking her own life. That loss was still palpable in Bill.

So why is this well off retiree sitting squished in coach with me? Bill describes himself as having lived a good life. He is a frugal person and doesn’t have many material needs. He spends little and plans he says with pride, to die without a penny to his name. “Ah!” I think — a philanthropist.

I ask what particular cause he champions, what kind of legacy does he want to leave? Cancer research? Special Olympics? He is evasive, but after some prodding, says he has an anonymous foundation. The foundation pays for college, all four years, and if the person chooses to pursue an advanced degree, he pays for that as well. The recipients have to meet three criteria: they have to be women, they have to be black, and they have to have a thirst for making something of themselves through education. He never meets them. They never know his name. Bill speaks shyly and proudly that one is now a practicing surgeon.

The plane lands in Burlington. I have not thought once about planes crashing. My mind is full of the images and experiences from Bill’s long, extraordinary life. Bill and I say good-bye and we go our separate ways.

This story, I suppose, is about many things. It is about how our preconceived notions or biases can prevent us from richer experiences, and it is about the wisdom of a life well spent. But what I want to focus on is what it is also about: connection. Human connection. Human stories. Community.

We live in difficult times. I am easily squashed by reports of our planet’s plight, all the extreme weather occurrences howling for us to listen and act. I find it hard to breathe reading the news of human to human violence around the world, child sex trafficking, prison abuses, racial violence, and on and on. Hate comes out of the mouths of us all, on every side of politics.

But we also live in a time of communication like it has never existed before on the planet. The world can simultaneously watch and cheer for a sporting event, enjoy the same movie, whistle an internationally popular song. What seemed inconceivable a few short decades ago in the United States, like gay marriage, or an African American president, happened.

And while we have so much work to do still on racism, sexism, ageism, ableism, and more, I am inspired by acts of bravery and good changes happening. As a person who is sexual abuse survivor, I am particularly inspired by all the women and men speaking out about abuse: those young gymnasts toppling an institution decades perpetuating a doctor’s reign of terror; the bravery of survivors exposing the horrors of the Catholic church. And I am heartened by untouchable men who perpetrate heinous acts being held accountable.

As we move through life, we are often in situations that are like being stuck on an airplane with a person we don’t know. It could be on a bus, in the doctor’s office, at a conference, or in the cubicle next to yours at work. I believe all of us can be a little braver, a little stronger. We can engage the stranger next to us. We can turn up the volume on our curiosity. Who knows? We may end up inspired, or less afraid, or more connected to this shared adventure of being human.