Home > Our Blog > Who is Your Britney Spears? 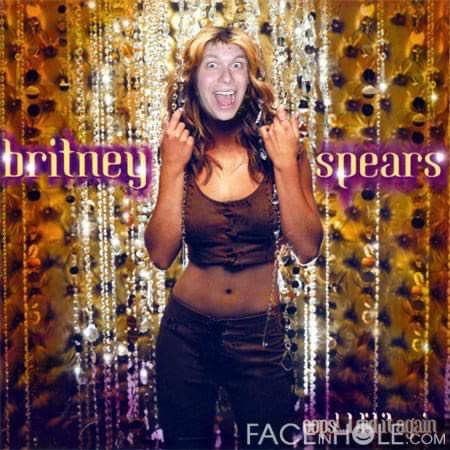 “You never really understand a person until you consider things from his point of view … until you climb into his skin and walk around in it.”  –Harper Lee

Do you know someone obsessed with a band or a sports team? Do they go into another zone when they talk about it? You don’t quite understand it, but maybe you find it amusing or charming?

My friend Jimmy is that way about Britney Spears. He posts music videos, birthday memes, concert clips. He will also text me when he and my son are rocking out to Oops I Did It Again on the radio. He visibly lights up when he talks about her.

With the recent release of the documentary Framing Britney Spears and Britney speaking out in court against her conservatorship, Jimmy has been having many intense feelings. Feelings that run the spectrum of distress and unable to stop crying, to giddy joy. Depending on the news about Britney’s current situation, which he follows fervently.

Last week he mentioned some people in his circles were making fun of him for his concern for Britney. I told him they were just being judgemental and if they really understood why she was so important to him, they would be supportive. As I was saying that I realized that I didn’t understand his strong feelings either. I hadn’t really ever asked.

So I did. I asked him why he had such strong feelings about Britney Spears.

He told me that as a young, gay teen in a conservative town, Britney’s music, particularly her third studio album, “Britney” saved his life. Literally saved his life. Her songs, the lyrics and music, gave him the strength and the courage to believe he could live his life as himself.

The voice he is grateful to for his own freedom is now speaking out about being held captive by a 13-year-old conservatorship led by her father. The person that opened the doors to possibilities for him was speaking out in court about being forced into treatment against her will, made to take lithium, forced to use birth control, and not able to make simple choices in her life like taking a ride in her boyfriend’s car. Of course Jimmy’s heart was breaking at every revelation.

I understood better, but I still didn’t “get it.” I had to push open my thinking, and follow the feelings of what he was saying.

I haven’t had that experience with music. I don’t identify with an artist who moved me that way. But when I follow the feeling into myself– I do have a similar feeling about books and authors that have helped me feel less alone and helped me feel ok.

I am a sexual abuse survivor who was silenced and told my experiences did not, could not, possibly have happened. As a child and young adult, I was not able to live my true life, speak my truth. I conformed to the lie. I found solace at a young age in all the books that were about pain and heartache, which crescendoed with deep dark secrets being revealed, like Jane Eyre or Rebecca. When I came upon the amazing cadre of women bravely writing about sexual abuse; Alice Walker, Toni Morrison, Dorothy Allison, Barbara Kingsolver– they gave me courage and strength to be the real me, to tell my truth.

They are my Britney Spears.

Why do that? Why dig into myself? Why try to find a place inside my own story that could resonate with Jimmy’s?

Because I love my friend. I want to understand what he is passionate about and why. I want to stand with him in the pain and not stand by as a witness.

At Pathways Vermont, we provide services in a “peer approach” practice. One of the cores of that practice is empathy. What is empathy and why is it important?

When you are on the receiving end of empathy, you can feel heard and understood on a deep level. You can go from feeling alone to feeling not alone. Sometimes that is the difference between wanting to live or wanting to die. It is that crucial and that meaningful.

When you are empathetic you also feel deeply connected, and you can experience profound understanding.

Practicing empathy isn’t always easy. It means that you are holding space for truly “getting” what someone is saying. And that means finding the place inside yourself that has felt that way too.

It is the difference between witnessing a painful experience as a bystander and stepping into the waters.

I will end with this: If you have had the experience of being held down, held back, hidden, oppressed, or if you love someone who has, Britney’s story matters. Jimmy, I get it, and I stand with you.